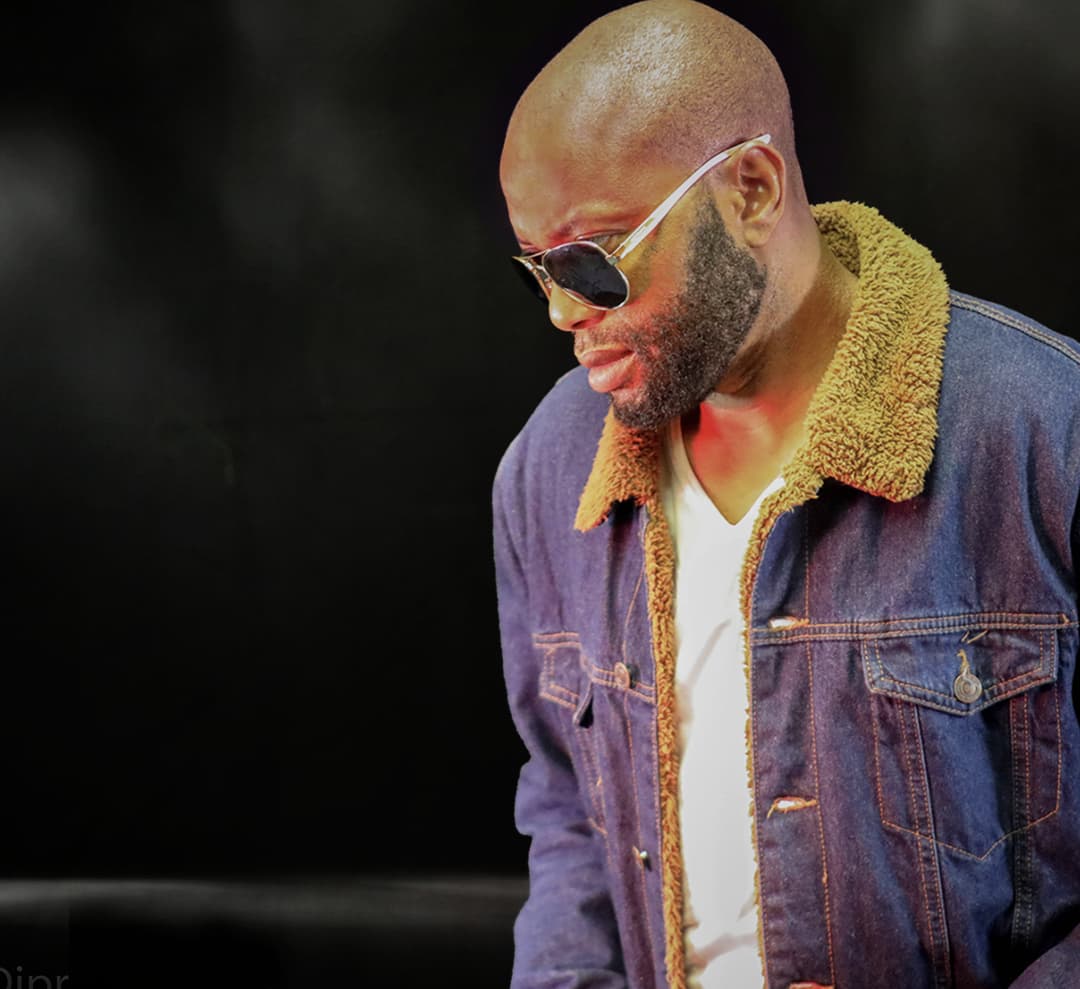 King Baba James’ music is dynamic and complex. Putting smooth tunes to his captivating voice, King Baba James’ music is a fresh new sound to the music world. You will be enthralled and challenged by his lyrics. His music entices the human spirit to think in a new way- to consider money, love, politics and life. Fitting for the car ride home from work after a long day or to speak to your loved one- King Baba James’ music soothes the soul and is unlike any other- no imitations here. Some tracks make you want to kick up your feet and dance, too. Inspired by memories of his childhood in Nigeria his message is universal- everyone will be able to relate. His message is positive and his vibes are good. Above all, if you want music that is good for you play King Baba James.
King Baba James, began singing and writing songs with his mother at the age of seven in Nigeria. He earned a Bachelor of Arts in Theatre Arts at the prestigious University of Lagos. He’s traveled far and wide across the globe performing, singing, dancing, and teaching choreography.

As a young man his mother would take him to the local theatre where his mother sang, danced and prayed. She would pray for the children, pray for the men who left their women with their children. People came from miles away to hear her sing and pray. One night, a police came in the theatre half way through the night with the good news. He said, “The neighbors are complaining. Your music is too low, turn it up!” Shortly after that night his mother past away. She returns to King Baba James in his dreams, whispering into his ears, singing, telling him to sing. King Baba James started writing and recording songs, as the box of memories he created about his mother came back to him.

King Baba James’ writing and singing truly comes from his heart’s passion and the inspirations gathered from his mother. His music style is a mix of contemporary, pop, reggae, rock and roll, and alternative music. KBJ spent the past 12 years performing with the Toby Foyeh Band among countless other endeavors. He’s shared the stage with well known singers like Nancy Wilson, Chaka Khan, Dionne Warwick, MC Lyte, Daddy Kane, Keyshia Cole and Ray J, at the African American Festival. He performed at the Syracuse Jazzfest in June 2003, Festival Town Point Park in Norfolk, Virginia in 2008. King Baba James’ career as a solo artist and recording artist is thriving. Listening to his lyrics will make you feel Irie. He does it for the love and for one divine love, for all humanity.